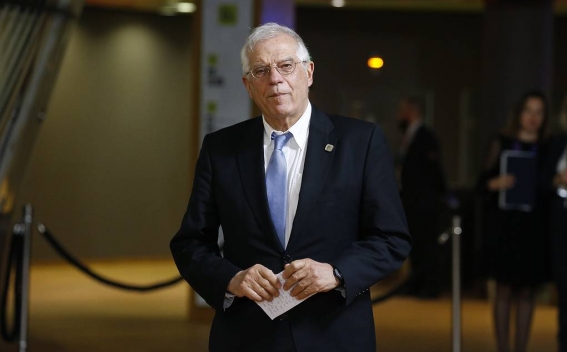 The European Union is preparing a full set of sanctions against Russia, which will be discussed at the EU summit on Thursday, EU Foreign Policy Chief Josep Borrel told reporters as he arrived at the meeting of leaders of 27 EU states in Brussels, TASS reports.

"I cannot tell it (which sanctions in particular - TASS), we are going to discuss it before we have an agreement, but we are preparing a full set of sanctions," he said.

Asked whether EU countries will be able to reach a consensus on the issue, Borrel said: "Yes, this time, yes."