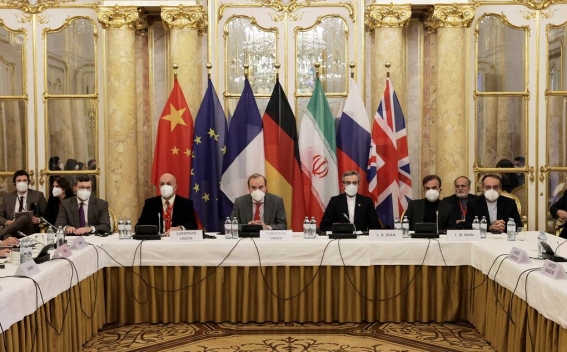 © EU Delegation in Vienna/EEAS/Handout via REUTERS

Negotiators at indirect talks between Iran and the United States have just weeks to reach an agreement on rescuing the 2015 Iran nuclear deal, European powers and the talks' coordinator said as negotiations adjourned on Friday for at least 10 days, Reuters reports.

The talks have made little discernible progress since they resumed more than two weeks ago for the first time since Iran's hardline president, Ebrahim Raisi, was elected in June.

"We don't have months, we rather have weeks to have an agreement," European Union envoy Enrique Mora told a news conference after a meeting that formally ended the seventh round of talks.

He said he hoped they would resume this year, while some officials have mentioned Dec. 27 as a tentative date.