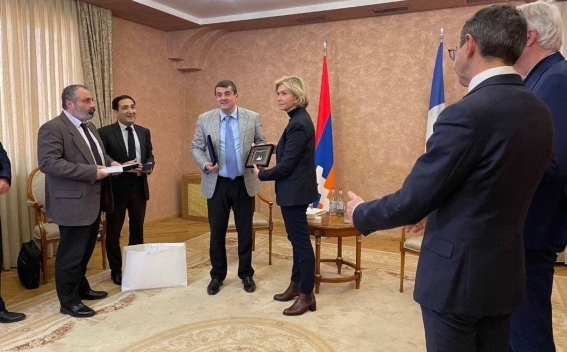 The Chargé d'Affaires of France in Baku was called to the Azerbaijani Ministry of Foreign Affairs. A note of protest was handed to him for the visit of the President of the Regional Council of Île-de-France Valérie Pécresse to Artsakh, 1lurer.am reports.

The media reported that the Azerbaijani MFA has included Pécresse and the other French citizens who visited with her to the infamous black list.