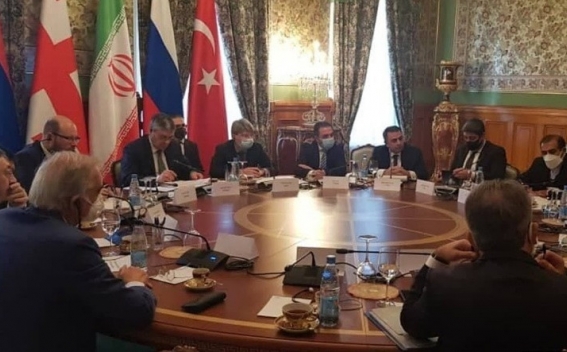 Georgia will not participate in the next 3+3 Caucasus platform meeting to be held in Turkey, the country’s Ambassador to Turkey George Janjgava said on Monday, according to the report by Georgia's First Channel, Panorama.am reports.

It is reminded that Turkey's Foreign Minister Mevlüt Çavuşoğlu, on the sidelines of the recent Organisation of Islamic Cooperation (OIC) meeting in Islamabad, said that Turkey hopes Georgia would also attend the upcoming meeting.

Janjgava underlined that Georgia sees both Turkey and Azerbaijan as “strategic partners” and views Armenia as a “historical and good neighbor, but Russia is a country which is occupying 20% of Georgian territory.”

Russia last month hosted the inaugural meeting of the regional platform. However, Tbilisi refused to attend due to Russian aggression towards Georgia.

To remind, the 3+3 regional consultative mechanism was proposed by the presidents of Turkey and Azerbaijan, comprising Azerbaijan, Georgia and Armenia plus Iran, Russia and Turkey. Georgia earlier rejected the idea and refused from participation, while official Yerevan stated that the proposed regional format can not replicate the existing ones and that issues of the Nagorno Karabakh settlement as well as demarcation and delimitation between Armenia and Azerbaijan can not be discussed within the new format.

The first meeting of the 3+3 platform in the South Caucasus took place in Moscow on December 10.