Putin Confers with Pashinyan, Lukashenko on Situation in Kazakhstan 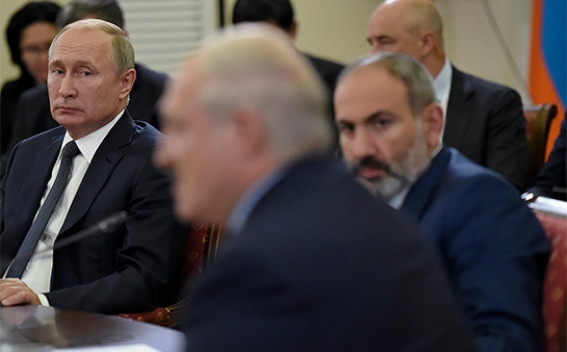 "(…) during the telephone conversations, the current situation in Kazakhstan was discussed, which tends to calm down and normalize," the respective statement also said.

In his telephonic conversation with Russian President Putin, Prime Minister Pashinyan said that Armenia, as the CSTO chairman-in-office, will organize a meeting of the CSTO Collective Security Council.

"Support was expressed to the proposal of President of Kazakhstan Kassym-Jomart Tokayev to hold a session of the CSTO Collective Security Council in the near future—in the format of a videoconference. Nikol Pashinyan stated that the Armenian side, as the CSTO chairman-in-office, will be engaged in organizing this event," the aforementioned statement also reads.