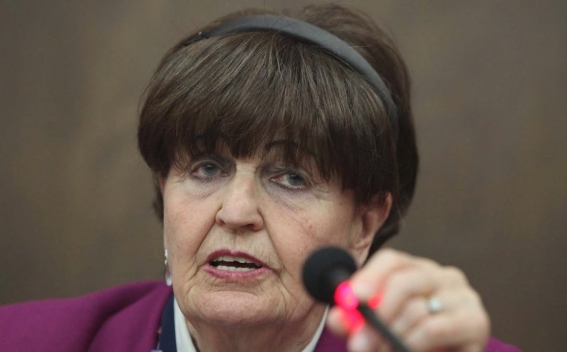 Baroness Caroline Cox has touched upon the Nagorno Karabakh conflict in her remarks during the debate of the UK House of Lords relating to refugees and mass displacement, Armenpress reports.

“In 2020, more than 91,000 people fled to Armenia from Nagorno Karabakh; 88% of them were women and children. More than 40,000 people were deprived of their homes in areas such as the Shushi and Hadrut regions, which are still under the occupation of the Azerbaijani armed forces”, Caroline Cox said in her remarks. “I have had the painful privilege of visiting the region more than 85 times, during the wars in the 1990s and in 2020. Last September, I visited Syunik region in Armenia to witness the suffering caused by Azeri military incursions into Armenian territory, causing displacement of local villagers within Armenia itself. Countless refugees describe the anguish of the loss of loved ones, and Azerbaijan still violates the conditions of the 2020 ceasefire by detaining Armenian prisoners of war and civilians, and perpetrating atrocities, sometimes taking a prisoner’s phone to film horrendous activities, then sending the pictures back to their families.
Refugees also describe the loss of livelihoods, agricultural lands, water resources, and other vital infrastructure. Yet the Armenians of Nagorno Karabakh have received almost no support from the British Government. The UN Secretary-General’s official spokesperson in May last year unequivocally indicated that it is Azerbaijan that, despite the calls of the international community, and the UN in particular, has not provided permission for unhindered humanitarian access in Nagorno Karabakh, and that situation remains the same”, she noted.

In conclusion, she raised a question whether the Minister can confirm that the UK will no longer turn a deaf ear to this cry for help, and will ensure the provision of urgent humanitarian assistance to the thousands of Armenians displaced by war.

The Baroness urged to give greater priority to the problems she has identified and to many others suffering in similar situations.