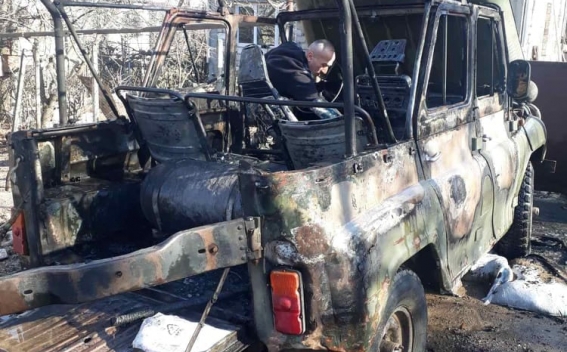 “Around 14:30, January 10, the Azerbaijani military opened gunfire from various small arms in the direction of the towns of Karmir Shuka and Taghavard in Martuni region. A vehicle parked near a public kindergarten in Karmir Shuka caught fire from this renewed Azerbaijani provocation of targeting the peaceful population. The firefighters responding to the scene of the fire also came under gunfire. According to preliminary reports no one was injured from the shooting which lasted around 10 minutes,” the Interior Ministry of Artsakh said.

Law enforcement agencies are at the scene.

Investigators have recovered the rounds which hit the car.

“The situation is relatively calm now.”