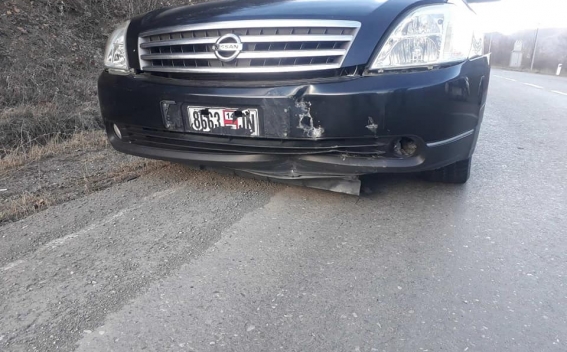 On January 10 a 30-year-old resident of the city of Vanadzor reported the incident to Kashatargh regional police department.

He said his Nissan Tida was hit by stones on Stepanakert-Yerevan highway, near Shushi.

As a result, the front part of the car was damaged.

Probe into the incident is under way.