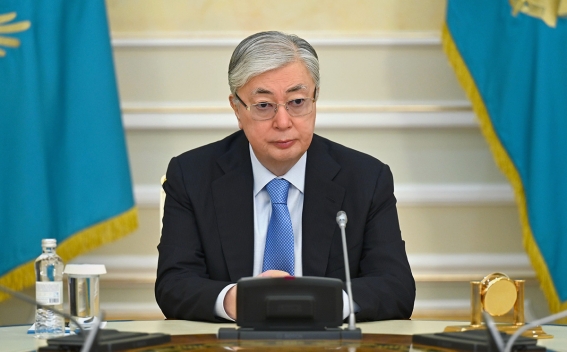 Kazakh President Kassym-Jomart Tokayev said the Collective Security Treaty Organization proved itself as an important military and political group by helping to take on the unrest in the country, his press office said in a statement, TASS reports.

"The situation has once again confirmed the importance of the organization as a military and political group," he said at a meeting with CSTO Secretary General Stanislav Zas, according to the statement. "I think they have now started talking about the Collective Security Treaty Organization in the international community."

He said the bloc displayed its efficiency in Kazakhstan and it was important for the group to engage with other international organizations.

It would be advisable, Tokayev said, to create the position of a special CSTO envoy for peacekeeping operations. He also thanked the CSTO allies for timely assistance to Kazakhstan in repelling a terrorist attack.