Despite Some 'annoying' Moments, Aliyev 'Satisfied' with Russian Peacekeeping Mission 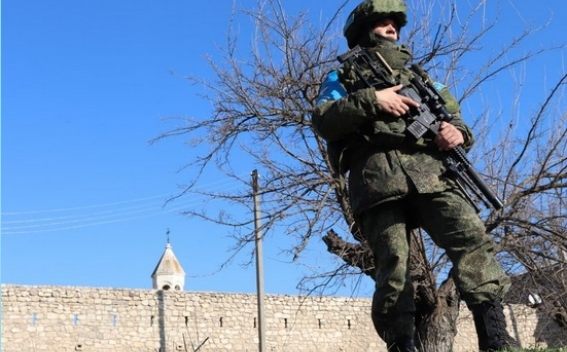 “I believe that the activities of peacekeepers should be assessed through a wider prism, and, of course, there are many annoying moments. But, at the same time, it would be unfair not to mention the positive side of their activities," Aliyev has said, pointing to the peacekeepers' task of securing the transportation of goods and accompanying the vehicles with the servicemen of the Azerbaijani armed forces to Karvachar district through Lachin corridor.

Aliyev, however, voiced concerns that peacekeepers let foreigners into Karabakh, for example, French presidential candidate Valerie Pecresse who had recently visited Artsakh. In his words, in response to Baku's claims, the peacekeepers said that they did not know about the visit of foreigners. This is not convincing, Aliyev said and noted: "Besides these cases, we are satisfied with the activities of the peacekeepers," Aliyev said, as quoted by Turan news agency.

"Such visits have a negative impact on the relations between Azerbaijan and France. “If we had known that Valerie Pecresse had arrived there, we would have detained them in the Lachin corridor,” Aliyev said. However, every time Azerbaijan expresses its dissatisfaction with the Russian side, he added.

Aliyev noted that in 2021, relations between Azerbaijan and Russia rose to an even higher level, without specifying what exactly caused this.