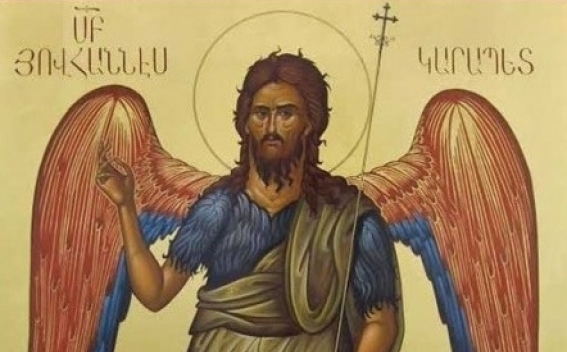 The birth of St. John the Baptist is described in details in the Gospel according to Like (Lk 1:5-25). One day Zechariah, father of St John the Baptist, was doing his work as a priest in the Temple and was burning incense on the altar. An angel of the Lord appeared to him and said that God had heard his prayer and his wife would bear him a son. Zechariah had to name him John. Zechariah didn’t believe the angel as he was and old man, and his wife was old, too. And because he hadn’t believed the angel he became unable to speak and remained silent until the birth of John, Qahana.am informs.