The Armenian Side Passed a Package of Proposals to the Russian and Azerbaijani Sides: Mirzoyan 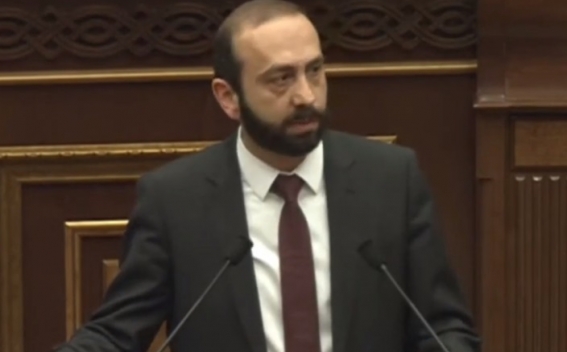 The Armenian side has prepared and submitted a package of proposals on de-escalation of the situation on the Armenian-Azerbaijani border area, which also contains measures aimed at enhancing stability, Armenian FM Ararat Mirzoyan stated during the Q/A session in parliament, Panorama.am reports.

In Mirzoyan's words, the proposals were passed to the Russian side and at their mediation to the Azerbaijani side and other partners. He added that the Armenian side is now waiting for the feedback.

"Apparently, I cannot publish details, and there is no need to do that now. I can only state that the proposals stem from the approach earlier voiced by the government and the prime minister about the simultaneous withdrawal of the troops from the contact line and establishing additional security mechanisms," Mirzoyan said, adding the package had been discussed at the Security Council.