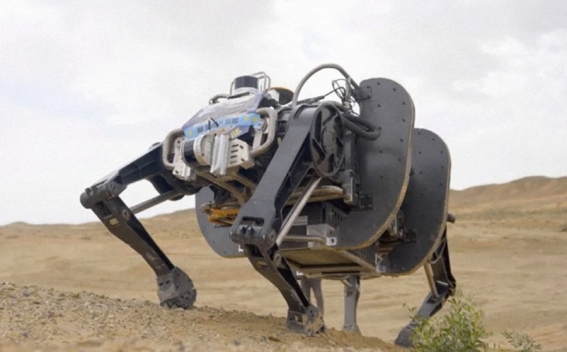 China has introduced what it claims to be the world’s largest electrically-powered quadruped robot to assist the military on logistics and reconnaissance missions, The Defense Post reports.

With a “yak-like appearance,” the four-legged robot can reportedly carry up to 352 pounds (160 kilograms) of payload and run at six miles (10 kilometers) per hour.