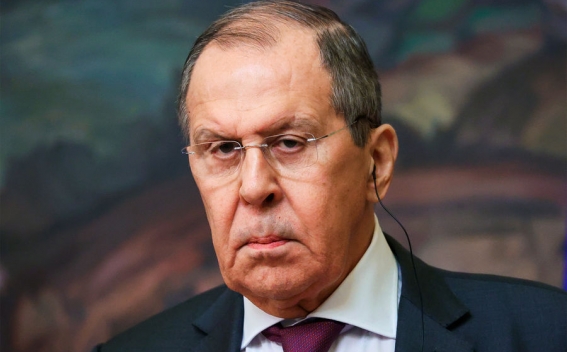 We proceed from the need for full implementation of the trilateral agreements which are enshrined in the statements by the leaders of Azerbaijan, Armenia, and Russia on November 9, 2020, January 11, 2021, and November 26, 2021, Russian Foreign Minister Sergey Lavrov stated, News.am reports.

"Today the priority tasks are the start of the delimitation and demarcation process of the Azerbaijani-Armenian border, as well as the unblocking of transport and economic ties in the region. Progress in these domains will enable to achieve considerable progress in the normalization of relations between Baku and Yerevan," Lavrov added.

According to him, Russia is in favor that all those who want to join the process of normalization of relations between Azerbaijan and Armenia, as well as to ensure stability and security in the South Caucasus, do not act on the principle of zero game, but in the interests of the parties and take into account the trilateral agreements between the leaders of Armenia, Azerbaijan, and Russia.

"We are making consistent efforts to resolve the situation on the border between Azerbaijan and Armenia, where, unfortunately, from time to time there are incidents with the use of weapons, there are human casualties. It is necessary to form and start, as soon as possible, the work of the bilateral commission on the delimitation and demarcation of the Azerbaijani-Armenian border. We [i.e., Moscow] are ready to provide consulting assistance to Baku and Yerevan in this process.

As for the issue of captives, Russia is actively participating in its solution. Let us recall that that ever since December 2, 2020, a total of 146 detainees were returned, through the mediation of Russian peacekeepers—127 to the Armenian, and 19 to the Azerbaijani side,” the Russian FM said.

Lavrov noted that this year marks the 30th anniversary of the establishment of diplomatic relations between Russia and most of the other CIS countries, including Azerbaijan and Armenia.

"We [i.e., Russia] are preparing a series of [respective] anniversary events with each country. Taking into account that a number of events will be cultural and education, we proceed from the fact that they will be interesting for the public as well," Sergey Lavrov concluded.