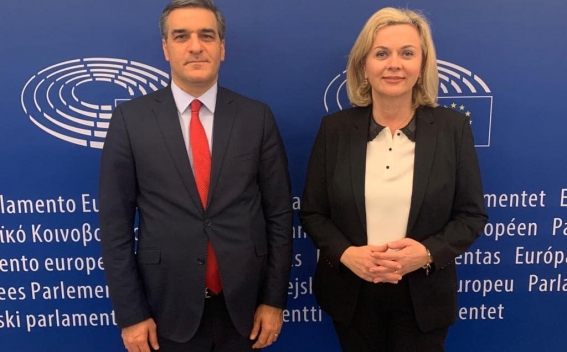 "I presented to the rapporteurs the facts of violations of the rights of the Armenian population by the Azerbaijani armed forces in Syunik, Gegharkunik and Yeraskh. Because of the closed Goris-Kapan and Kapan-Chakaten roads, residents of nearby villages face isolation and humanitarian problems without any legal grounds," Tatoyan said.

"Everything must be done to restore normal life and security to the people. I have presented in detail the violations of the rights of civilians in Artsakh based on the reports of the Artsakh Human Rights Defender, as well as reports on the torture of Armenian prisoners (including new ones), noting the urgency of their return and the illegal actions of the Azerbaijani authorities," Tatoyan said.
Հայերեն На русском