I Have Not Received an Offer to Become President: Edmon Marukyan 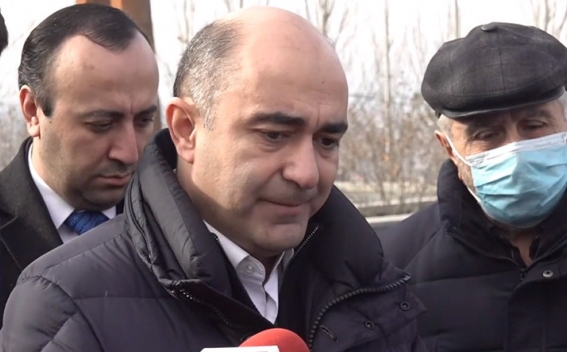 Chairman of the Bright Armenia Party Edmon Marukyan has not received an offer to become president, he told reporters in the Yerablur Military Pantheon on Friday, referring to the rumors that his candidacy is being considered, Panorama.am reports.

In the meantime, he underlined such reports are baseless as long as President Armen Sarkissian’s powers are not terminated.

"I have not received an offer to become president, and could not have received either, because I repeat myself that the powers of the Armenian president have not yet been terminated," Marukyan said.

"I always saw myself in the National Assembly, but today, according to the results of the elections, we are not represented in the parliament. However, this does not mean that we do not serve our country," he noted.