US and NATO Responses Do Not Address Russia’s Fundamental Concerns: Putin 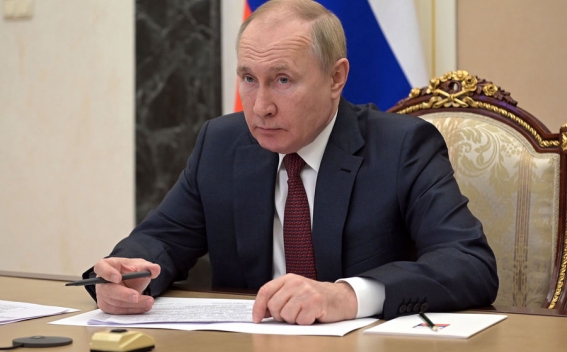 Vladimir Putin had an extensive telephone conversation with President of the French Republic Emmanuel Macron.

As press-service of Kremlin reports, the leaders exchanged views on the measures that both countries are taking to combat the coronavirus. The main topic of conversation, though, was the issue of providing Russia with long-term and legally binding security guarantees, including in the wake of recent Russia-US talks in Geneva and a NATO-Russia Council meeting in Brussels.

''Vladimir Putin made it clear that the Russian side would carefully study the written responses to the draft agreements on security guarantees received from the United States and NATO on January 26, after which it would decide on further action.

At the same time, attention was drawn to the fact that the US and NATO responses did not address Russia’s fundamental concerns such as stopping NATO expansion, not deploying assault weapons near Russia’s borders, or rolling NATO’s military capacity and infrastructure in Europe back to where they were in 1997 when the NATO-Russia Founding Act was signed.

The key question on the United States and its allies’ plans to follow the principle of the indivisibility of security was ignored. This principle is enshrined in the OSCE and NATO-Russia basic documents and stipulates that no one should strengthen their security at the expense of the security of other countries'', the statement reads.