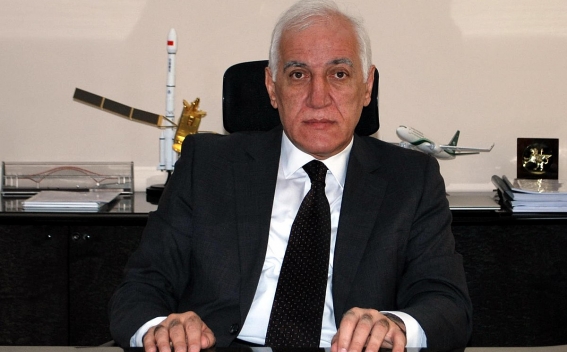 The Minister for High-Tech Industry Vahagn Khachaturyan neither confirms nor denies media reports claiming that he is the ruling party’s pick for President of Armenia, Armenpress reports.

The Public Television reported Sunday evening that the Civil Contract party’s Board meeting discussed the potential nomination of Khachaturyan’s candidacy.

''It won’t be appropriate for me to make any comment today,'' Khachaturyan told reporters. He said the issue can be discussed tomorrow, on February 1, because that’s when President Sarkissian’s resignation will formally take effect if he doesn’t retract it by then.

However, asked again to comment on the media reports that he is the ruling party’s candidate, the minister said: ''Theoretically those reports should’ve been circulating given my characteristics, I am a citizen above the age of 40 [constitutional requirement], I have a career path, I am the Minister of High-Tech Industry, one could assume that I could be on that list given also the fact that I am a Cabinet member, a member of the political team.''

Given the constitutional requirement of a candidate not being a member of any political party, Khachaturyan was asked whether or not he still is a member of the Armenian National Congress Party. According to Khachaturyan, he quit the party after the 2017 elections, but he said there might be some formal paperwork issues about that.

After President Sarkissian’s resignation takes effect, the Speaker of Parliament will become the Acting President until a new President is elected within a month.