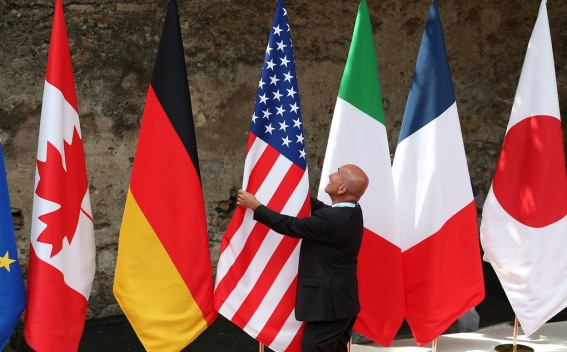 The foreign ministers from the Group of Seven industrialized nations plan to hold an emergency meeting in Germany this week to discuss the crisis over Ukraine amid mounting fears of a Russian invasion, sources close to the matter said Wednesday, Kyodo news reports.

The G-7 talks are being arranged to be held on the sidelines of the Munich Security Conference, a three-day multinational forum on international security policy that is slated to start Friday, according to the sources.

Earlier this week, the G-7 finance ministers warned Russia of economic sanctions that would have "massive and immediate" consequences should it invade neighboring Ukraine.

Tensions were heightened as Russia had amassed some 150,000 troops near Ukraine, a massive military buildup that follows its annexation of Crimea in 2014. But Moscow has denied that it intends to invade Ukraine.

In a move that could lead to de-escalation, Russia's military said Tuesday some troops were returning to their bases following exercises near Ukraine.

Russia has been asserting that its security is under threat with the North Atlantic Treaty Organization's eastward expansion and the possibility of the former Soviet republic becoming a member of the security bloc.