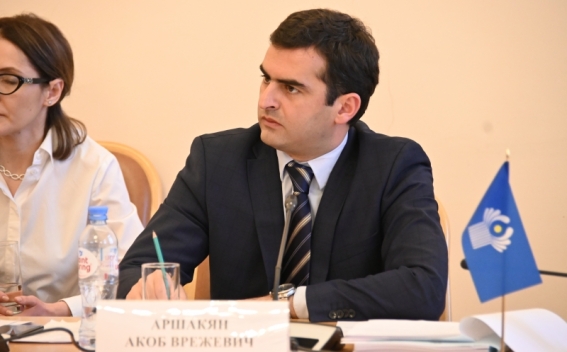 In his welcoming speech Hakob Arshakyan noted that recently was the occasion of the 30th anniversary of the mentioned CIS Inter-Parliamentary Assembly to evaluate the work done and to predetermine the perspectives of the further development. The NA Vice President has expressed confidence that the Inter-Parliamentary Assembly will continue remaining a parliamentary authoritative platform, where constructive approaches are worked out and balanced decisions are made for the benefit of the commonwealth independent states. As to the Deputy Speaker of Parliament, within the framework of the Assembly the joint work will go on in the atmosphere of mutual understanding and mutual complement.

Hakob Arshakyan noted that at the IPA CIS Permanent Commission on Defense and Security Issues the modern problems should enjoy attention and the practice functioning in the CIS member states should be generalized.

The legislators discussed the draft model legal documents revised by the Committees and the work of the profile model legislation revision of the CIS member states was implemented.