Artsakh Can Never Be a Part of Azerbaijan, State Minister Reiterates 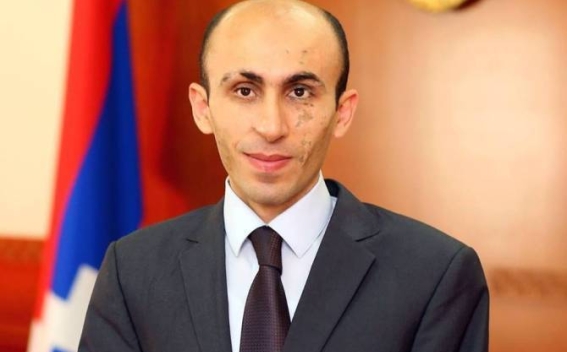 “Artsakh can never be a part of Azerbaijan. Moreover, we are all ready to face any short and long term deprivations and trials, but we will never deviate from our path,” he wrote on Facebook.

The official highlights that their stance has been publically revealed and repeatedly presented to the international community and the Armenian authorities.

“No one can afford to deviate from that course, while the Armenians who have different views should simply respect the will and right of the Artsakh Armenians to decide their own fate in their homeland,” Beglaryan noted.

“The right of the indigenous people of Artsakh to self-determination is above all other norms of international law and geopolitical interests. Meanwhile, the principle of territorial integrity of Azerbaijan has nothing to do with the right to self-determination, which, incidentally, is enshrined in the Madrid Principles approved by the mediation mission of the OSCE Minsk Group, hence by the international community.

“To this is also added the impossibility to live under Azerbaijani rule amid genocidal policies and further existential threats, which the international community should also recognize unconditionally, as it did, for example, in the case of Kosovo.

“The path we have taken is difficult and long, but it is value-based and just, and no one has the right to betray the struggle and the spilled blood of our holy ancestors, fathers and brothers as well as to fiddle with the fate of the future generations,” the official said.