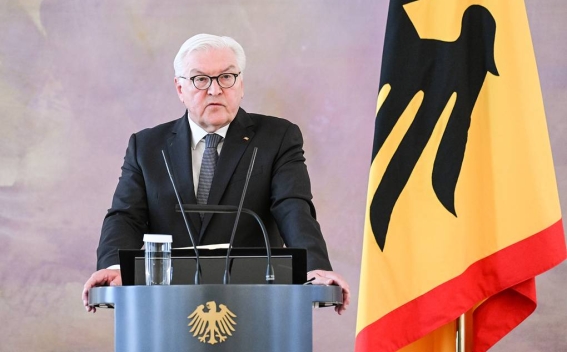 German President Frank-Walter Steinmeier admitted that attempts to build the Common European Home failed. He made this statement at a press conference after the talks with Romanian President Klaus Iohannis in Bucharest. The press conference was livestreamed on Iohannis’ website, TASS reports.

"We all supported the great concept, proposed by Mikhail Gorbachev in the 1980s about building the Common European Home," he noted. "However, we have to state today that these efforts have failed. It does not mean that attempts to participate in this building were wrong."

"The political support that I provided to the Nord Stream 2 pipeline was a mistake, an erroneous assessment," Steinmeier added.

The German President also commented on his failed visit to Ukraine.

"The visit to Kiev was not only planned, but also prepared," he said. "I wanted to go to Kiev, together with Polish President [Andrzej Duda] and presidents of Baltic States to express our common European solidarity."