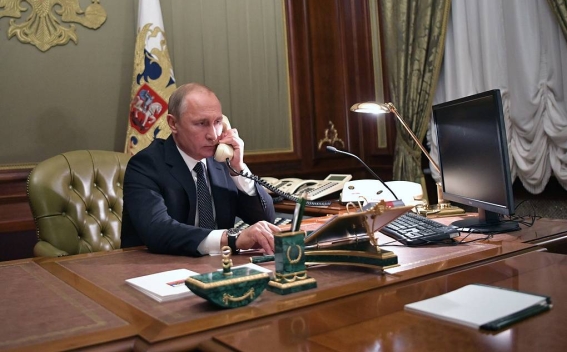 According to the statement, "Bennett and Putin discussed Russian Foreign Minister Sergey Lavrov’s statements" during their telephone conversation.

"The prime minister has accepted Putin’s apologies for Lavrov’s words and thanked the president for explaining his attitude toward Jewish people and the commemoration of Holocaust victims," the statement reads.

On May 1, in an interview with Rete 4 of Italy’s Mediaset broadcaster, Lavrov talked about Russia’s fundamental stance on the events in Ukraine, pointing out that the Kiev regime with the support of the US does not want to continue negotiations as well as noted false information disseminated by Western media outlets and explained some decisions by Russia’s leadership.

During the interview, the Russian top diplomat also commented on statements by Ukrainian President Vladimir Zelensky that "Nazification" is not possible in his country since he is Jewish. In response, Lavrov noted that he could be mistaken but Hitler also had Jewish roots. This raised some eyebrows in a number of countries.