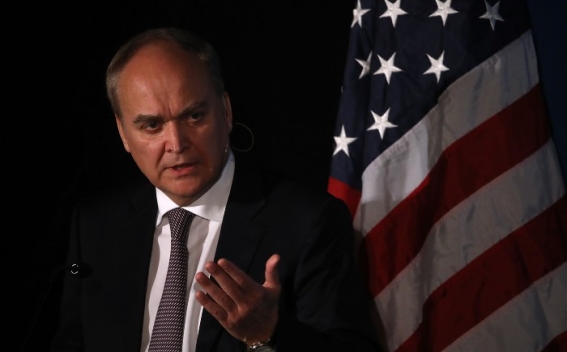 Russia's envoy to the United States has told Newsweek that leaders of the U.S.-led NATO military alliance do not grasp the true gravity of a potential nuclear conflict erupting, as a tense war of words among powers looms over the ongoing fighting in Ukraine, Newsweek reports.

As officials and other influential figures of the U.S. and allied nations accuse the Kremlin of summoning the specter of nuclear war over NATO's support for Ukraine against Russia's devastating invasion, Moscow's ambassador in Washington, Anatoly Antonov, disparaged what he called "a flurry of blatant misrepresentation of Russian officials' statements on our country's nuclear policy."

In fact, he said it was those in the Western bloc that have proven irresponsible in their handling of what has been described as one of the most dangerous moments since the Cuban Missile Crisis six decades ago.

Those who feel Russia was fueling the hysteria include top U.S. military leaders, including Defense Secretary Lloyd Austin and Joint Chiefs of Staff Chair General Mark A. Milley, who accused Russian Foreign Minister Sergey Lavrov of "nuclear saber-rattling" after an interview last month in which Moscow's top diplomat said that "the danger is serious, real, and we must not underestimate it."

And while U.S. officials cast Russia as the aggressor in escalating nuclear tensions, Antonov called these accusations "baseless," and "part of a propaganda campaign launched against Russia in response to the steps taken to neutralize threats to our national security emanating from the Ukrainian territory."

But Antonov believes his Western colleagues misread the weight of the nuclear risk, and that's why Russian officials "have never stopped our efforts to reach agreements that will guarantee that a catastrophic confrontation will not be unleashed."