Dignified peace is to be achieved only through the victory of the patriots: Serzh Sargsyan 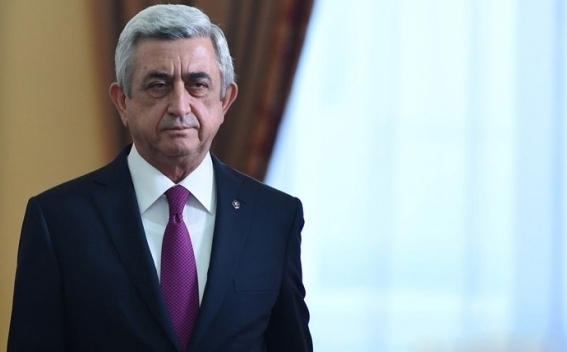 The third President of Armenia, Serzh Sargsyan, on Monday issued a message on the occasion of Victory and Peace Day.

"For the stateless servile creatures, the cost of peace is the homage paid to the enemy, in the abandonment of national values and national identity, in an unequivocal acceptance of the enemy’s all demands.

For the freedom loving and fearless sons of our nation, the cost of peace is in defending the blood shed for the Fatherland, in passing from generation to generation the immortal memory of the fallen heroes, in defending the homeland and national values, in the uncompromising fight for the right to live free and independent on the native land.
Dignified peace is to be achieved only through the victory of the patriots.
As a nation, we will be able to feel the bliss of peace only after the victory.
Eternal glory to those who fell for Fatherland!
God’s blessing to the devoted sons of our nation in their relentless struggle in the name of victory and peace!".
Հայերեն На русском