Russia May Use Nuclear Weapons in Case of Existential Threat: Diplomat 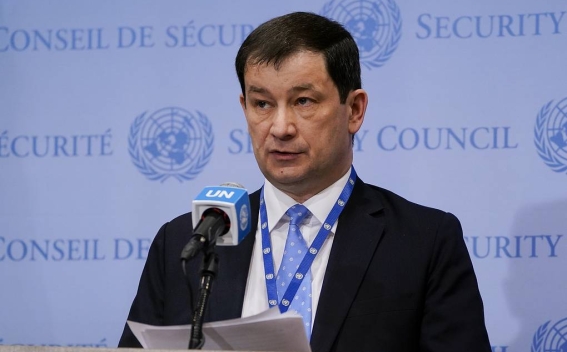 Russia’s nuclear doctrine envisages the possibility of using nuclear weapons in case of an existential threat to the country, Russian First Deputy Permanent Representative to the UN Dmitry Polyansky said in an interview with the UK-based UnHerd News portal on Thursday, TASS reports.

"I’m a diplomat. I’m not dealing with the decision-making circles on the implementation of nuclear strategy. But I can, again, tell you that yes, we possess nuclear weapons and yes, if there is an existential threat to Russia, then I’m absolutely sure that we can use nuclear weapons," he said.

When asked to define what an "existential threat" is, Polyansky replied that he was "not the right person to be asked about it."

"I’m not a military man, it’s not up to me to make such conclusions. But I think that if you are dealing with a nuclear state, if you threaten a military state, you should count on all the options that are on the table," he added.