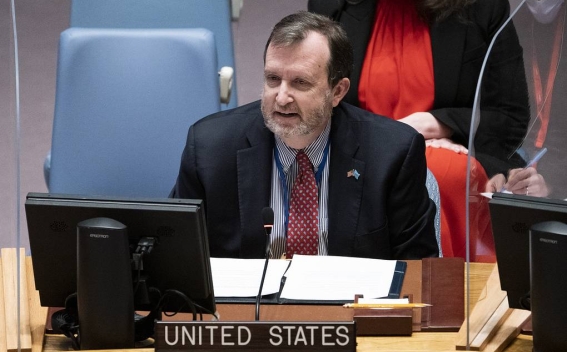 The US believes that the documents Russia submitted to the UN Security Council don’t support the accusations about military biological activities in Ukraine that involved Washington, Deputy Representative of the US to the UN Richard Mills said at UNSC meeting on Friday that Russia called to discuss US biolabs in Ukraine, TASS reports.

"We heard this morning fanciful claims about poisoned banknotes, secret treatment of psychiatric prisoners, non-disclosure agreements as if the Russian delegation talking points came from a bad spy novel," he said. "Even the documents Moscow circulated don't support their allegations."