Tatoyan: Azerbaijan Has Always had Territorial Claims Against Armenia 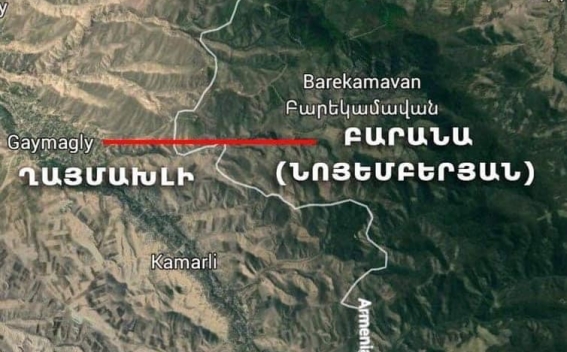 Azerbaijan has always claimed the territories of Armenia that could allow it to divide the country and exercise control over its roads and strategic infrastructures, former Armenian Ombudsman Arman Tatoyan said on Monday, Panorama.am reports.

Tatoyan cited the case concerning territories in Tavush Province. He reminded that an area of 1,002 dessiatins (an archaic land measurement) called “Aji", which was located between the Armenian village of Barana (now Noyemberyan) and Azerbaijan’s Ghaymakhli (Ghaymakhlu) village, was a part of the First Republic of Armenia (1918-1920) and Soviet Armenia up to 1924.

"This territory had wild forests as well as pastures, which were vital for the local villagers. In addition, they were of strategic importance,” the ex-ombudsman said.

“At that time, the Azerbaijani authorities made great efforts to take control of this territory, realizing that in that case they would be able to cut off the northeastern parts of Armenia from each other and establish control over the roads. It would have created serious problems for the rights of the residents of the Armenian SSR villages not only in socio-economic but also in security terms.

“As a result, by the decision of the Land Commission of the Central Executive Committee of Transcaucasia dated October 31, 1924, the northeastern part of “Aji" (612 dessiatins) was handed over to the Azerbaijani SSR, while the southwestern part (390 dessiatins) was given to the Armenian SSR. That is, Armenia was deprived of most of the territory.

"We should not forget that Azerbaijan’s policy has not changed over the years. At that time, the Armenian governments ignored the rights of villagers and their security, considering border issues with territorial-political and mechanical approaches," Tatoyan said.