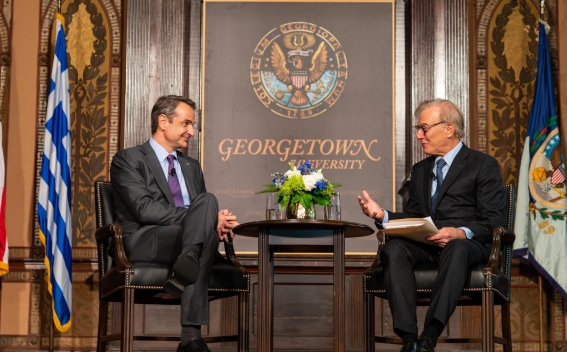 President Joe Biden on Monday thanked Greek Prime Minister Kyriakos Mitsotakis for his country's "moral leadership" in the aftermath of Russia's invasion of Ukraine as the two held talks at the White House about the ongoing conflict, VOA reports.

The visit by Mitsotakis comes as he was in Washington to mark a COVID-delayed commemoration of the bicentennial of the start of the Greek War of Independence, a more than eight-year-long struggle that led to the ouster of the Ottoman Empire. The president and first lady Jill Biden hosted Mitsotakis and his wife, Mareva Grabowski-Mitsotakis, later Monday at a White House reception to mark the bicentennial.

But the celebratory moment was overshadowed by the most significant fighting on the continent since World War II, and as Biden seeks to keep the West unified as it pressures Russia to end the war.

"We are now facing united the challenge of Russian aggression," Mitsotakis said at the start of his meeting with Biden. The prime minister added that the U.S.-Greek relationship was at an "all-time high."