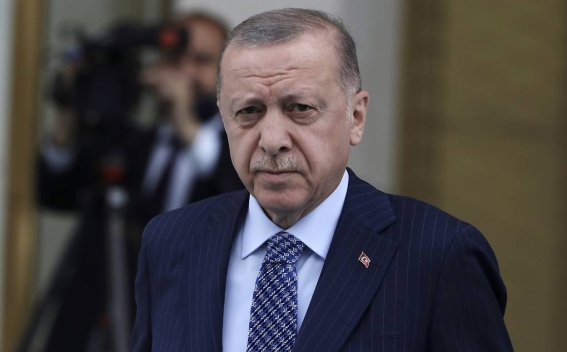 Turkish President Recep Tayyip Erdogan expects that NATO will show an understanding about such sensitive for Ankara issues as security and border protection, Erdogan said in the parliament on Wednesday, TASS reports.

"NATO is taking steps to expand its eastern flanks. We see that amid the Ukraine crisis, somebody is greeted with a [warm] embrace and is shown goodwill. As a NATO ally, we have been combatting terrorism for years, but have not seen such an attitude towards us. We expect our allies to understand our sensitivity, to respect and possibly to support us," Erdogan said at the meeting of the ruling Justice and Development Party, which he heads.

The Turkish president claims that Ankara has no claims to foreign territories, but it is paramount for the country to safeguard national security.

"We have no claims to foreign territories. We are determined to eradicate the origins of what poses a threat to our security," Erdogan said referring to the Turkish military operations against Kurdish militants in Iraq and Syria.

"Have not our NATO partners channeled weapons and ammunition to the terrorist organizations whose activities target Turkey?" the president asked rhetorically.