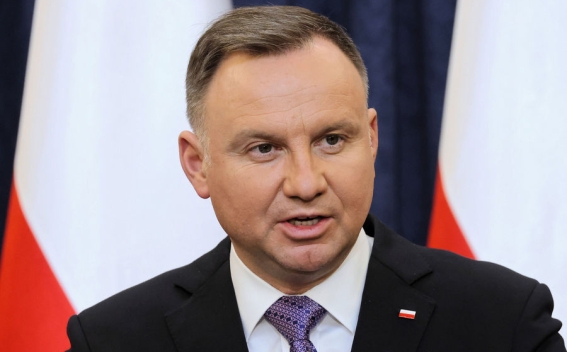 Polish President Andrzej Duda proposed to sign a new good neighbor agreement with Ukraine as he spoke at the Ukrainian parliament on Sunday, TASS reports.

"I’m deeply convinced that it’s time to conclude a new good-neighbor agreement that will take into account what we have built in our relations at least during the past few months," he was quoted as saying by the Ukrinform news service.

Duda said the current situation in Ukraine has shown that the network of motorways, railways and other forms of transport between Ukraine and Poland aren’t performing well enough. According to the president, "the Polish-Ukrainian border should unite, not divide." Duda said that "a high-speed rail link between Kiev and Warsaw could be a sign of good bilateral relations." "We'll build it together," the Polish leader said.