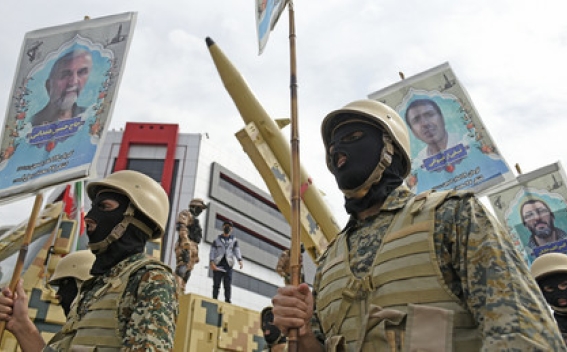 Gunmen riding on motorcycles opened fire on a senior officer of Iran’s elite Islamic Revolutionary Guard Corps (IRGC) outside his home, killing him in his car in the capital, Tehran, AlJazeera reports.

Hassan Sayyad Khodayari was killed by five gunshots as he returned home near Mojahedin-e-Islam Street at about 4pm (11:30 GMT), reported the state news agency IRNA on Sunday.

The news agency published images showing a man slumped over in the driver’s seat of a vehicle, with blood around the collar of his blue shirt and on his upper right arm. The IRGC, the ideological arm of Iran’s military, identified Khodayari as a colonel.

It described him as a “defender of the sanctuary” – a term used to describe anyone who works on behalf of Iran in Syria or Iraq.

Khodayari was a member of the Quds Force, which is responsible for the IRGC’s foreign operations, and he reportedly served in Syria in past years.

Iran blamed the assassination on “elements linked to the global arrogance” – its term for the United States and its allies including Israel. The IRGC said it launched an investigation to identify the “aggressors”.