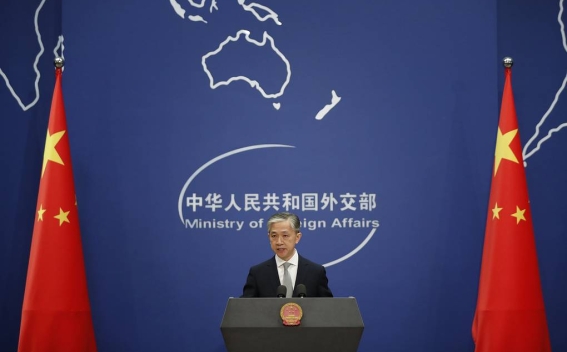 The US will pay an "unbearable price" if it continues down the wrong path on the issue of Taiwan, Chinese Foreign Ministry Spokesman Wang Wenbin said Tuesday, commenting on US President Joe Biden’s recent remarks on the subject, TASS reports.

"The US keeps playing a game of words around the ‘one China’ principle. But I would like to remind the American side that there is no power in the world, even within the US, that could save the forces advocating the ‘independence of Taiwan’ from defeat," he cautioned.

According to the spokesman, the US broke its promises on the Taiwan issue, eroding and washing away the "one China" principle. In addition, it has covertly and overtly incited and supported separatist activity, aimed at "Taiwan’s independence."

"Should the US continue going down the wrong path, this will not only create irreversible consequences for Chinese-American relations, this will also force the US to pay an unbearably high price in the end," he warned.

According to Wang Wenbin, China has complete confidence, the fu