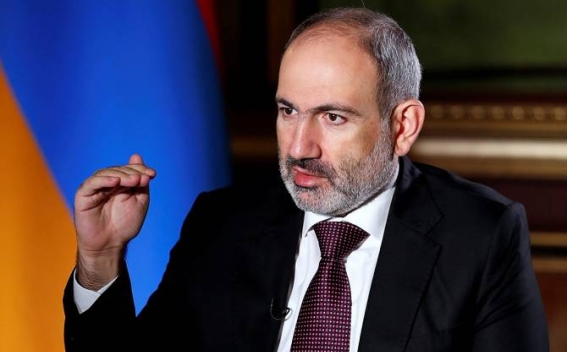 Before discussing the topics of the agenda, PM Pashinyan made an announcment, saying,

“Dear participants of the Cabinet meeting,

I have something important to tell you.

On May 25, 2022, at 22:35 Yerevan time, Armenia’s first space satellite was launched into the Earth’s orbit on a SpaceX spacecraft from Cape Canaveral in the United States. This happened thanks to the cooperation between the Armenian state Geocosmos company and the Spanish Satlantis.

It's impossible to overestimate the significance of this, with this Armenia is embarking into the era of space activities and we hope that our rich traditions in this area will be restored. I am speaking about the space scientific-production area which existed in Armenia for many years. In this context I’d like to stress that one of our priorities is the localization of space technologies in Armenia, as well as organization of space equipment production.

In the near future, more specifically in 2022, by the end of 2023, a satellite control center-receiving station will be established in the Republic of Armenia, around which a scientific team of specialists will be formed. One of the main functions of the control center is to control the satellite and receive space photos. It is planned that the receiving station will provide satellite data transmission services also to other satellite operators.

Space technologies - satellites, receiving stations, satellite-based scanning, video surveillance, communication systems - are considered to be one of the fastest growing industries in the world economy. Taking into account this circumstance, the Office of the Security Council and the Ministry of High-Tech Industry developed the Law of the Republic of Armenia "On Space Activity" which was adopted by the National Assembly on March 6, 2020, which together with the relevant package of Government decisions sets the rules of space activity and technical regulations, as well as safety standards, licensing, issuance, management procedures. This legislative package provides tax benefits to licensed companies operating in the sector.

In this context, I would like to speak about one important event, which is closely connected with our steps in the field of space technology.

On September 5-10 this year, Armenia will host the world-famous STARMUS VI science and technology festival, which will be attended by astronauts from around the world, Nobel laureates, world-renowned scientists, astrophysicists, artists and musicians. Armenia will have the opportunity to present itself to the world with a rich history of scientific and technological innovations, opportunities and a vision for the future.

Summing up the topic launching the satellite, let me say that yesterday the Minister of High-Tech Industry Robert Khachatryan and the Ambassador Extraordinary and Plenipotentiary of Armenia to the United States of America Lilit Makunts were present at the launch site. All the decisions on the launch of the first satellite of the Republic of Armenia were made in confidentiality, which is why no preliminary information was published. As for the decisions for confidentiality, we made them for some specific considerations. The work done has yielded concrete results, in connection with which I congratulate all of us."