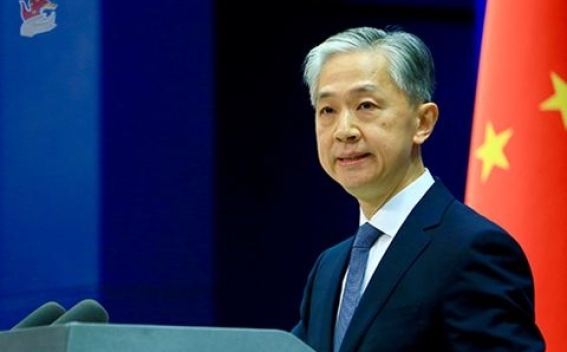 The essence of US Secretary of State Antony Blinken's speech about China was to spread false information and inflate the theory of a "Chinese threat," China’s Foreign Ministry spokesman Wang Wenbin told a news briefing on Friday adding that China had expressed its strong protest, TASS reports.

"The main thrust of Blinken's speech was to spread false information, to inflate a 'Chinese threat', to interfere in China's internal affairs, and to slander China's foreign and domestic policies," he said.

The purpose of the speech, he said, "was to contain China and put pressure on its development and to maintain US hegemony." "China is expressing is strong dissatisfaction and resolute protest in this regard," Wang said.

US Secretary of State Anthony Blinken delivered a keynote address at the George Washington University Thursday on Washington's adjusted approach to US foreign policy, with a special focus on relations with China. Blinken described China as the main challenge to the existing world order. Also, he mentioned Russia as a separate threat.