NATO’s ‘Line of Defense’ May Be Moved to South China Sea: Lavrov 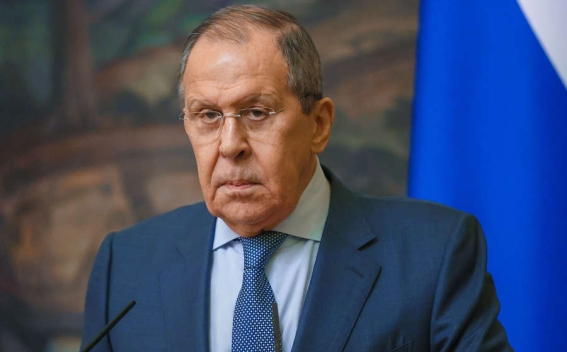 NATO’s remarks about security in the Asia-Pacific region apparently signal that the alliance’s next ‘line of defense’ will be moved to the South China Sea, Russian Foreign Minister Sergey Lavrov said in an interview with RT Arabic, aired on Thursday, TASS reports.

"Lately, NATO Secretary General [Jens Stoltenberg] and belligerent politicians, such as UK Foreign Secretary [Liz Truss] stated publicly that the alliance should have global responsibility, that NATO should be responsible for security in the Pacific region. Apparently, it means that next time, NATO’s ‘line of defense’ will be moved to the South China sea," Lavrov said.

In his words, the European Union also seeks to assume security responsibilities in the region, but will not be allowed to create its own ‘army.’

"[European Commission President] Ursula von der Leyen <…> said the EU should be responsible for security in the Indo-Pacific Region. How are they going to do that? They talk of an ‘EU army’ of some sort. No one will allow them to create this ‘army’ as long as the North Atlantic Alliance exists," he said.