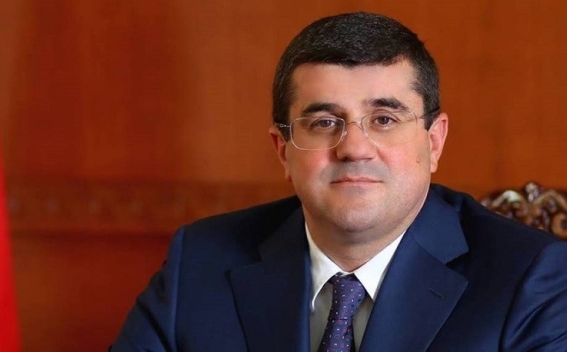 Karabakh President Arayik Harutyunyan published a statement on his Facebook page in which he touched upon the arrest of a public and political figure Avetik Chalabyan, News.am reports.

Avetik Chalabyan, in his opinion, is a true patriot.

"Under his leadership, a number of important programs and initiatives were implemented in Karabakh and are being implemented to this day, aimed at preserving and disseminating our national values, as well as improving and developing the security components of the Nagorno-Karabakh Republic.

Personally knowing and trusting Avetik Chalabyan, highly appreciating his activities, values, and exceptional human qualities, on behalf of the people of Karabakh and on my own behalf, I ask the Prosecutor’s Office of the Republic of Armenia to reconsider the expediency and necessity of the chosen measure of restraint in the form of detention, as well as to ensure a complete, objective and a comprehensive preliminary investigation that meets all conditions," he noted.