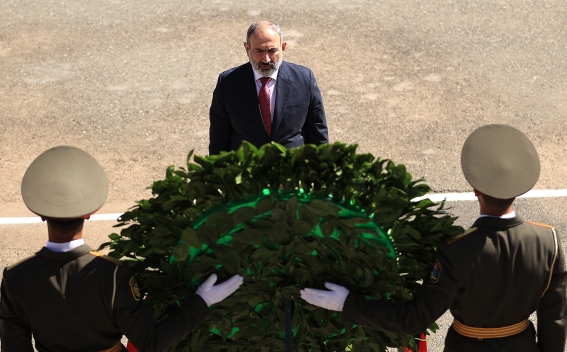 On the occasion of the Republic Day, Prime Minister Nikol Pashinyan together with President Vahagn Khachaturyan, President of the National Assembly Alen Simonyan, top leadership of the Republic of Armenia and diplomatic missions accredited in Armenia visited the Memorial Complex of Sardarapat Battle.

Nikol Pashinyan laid a wreath at the memorial to the heroes of the Battle of Sardarapat and paid tribute to their memory.