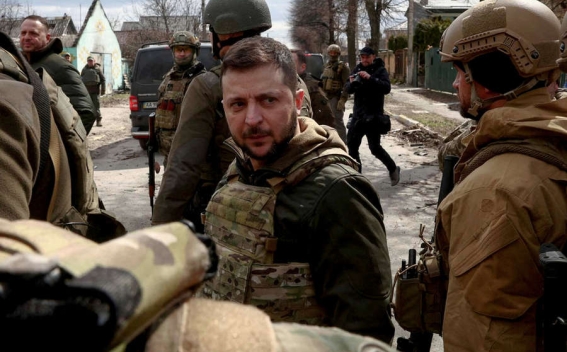 Ukrainian President Vladimir Zelensky visited Khrakov and the Kharkov region on Sunday, head of his office Andrey Yermak wrote on his Telegram channel. However, the exact day of the visit was not indicated on the official Telegram channel on the presidential office, TASS reports.

According to the Ukrainian mass media, it was Zelensky’s first trip outside the Kiev region since the beginning of Russia’s special operation in Ukraine.

In Kharkov, he met with the Ukrainian military and held a meeting on the modernization of the housing sector.