Turkey Will Not Approve Admission to NATO of Countries Supporting Terrorism: Erdogan 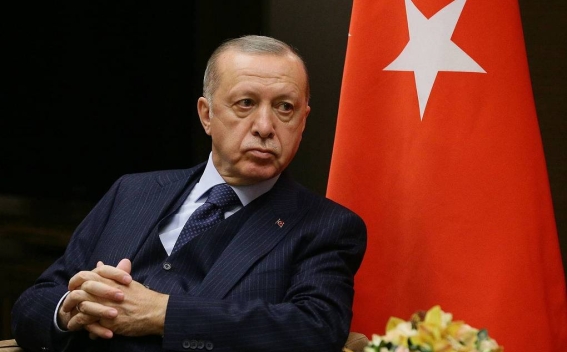 Turkish President Recep Tayyip Erdogan said on Sunday his country will never approve admission to NATO of countries, which support terrorists, as long as he is in power, TASS reports.

"Regrettably, our delegation’s meetings with [representatives] of Finland and Sweden were not held at an expected level. We have their expectations but they made no steps toward Turkey. And they continue to allow terrorist walk about Stockholm’s streets and protect them with the help of their own police," he told journalists upon return from Azerbaijan. "As log as Tayyip Erdogan is Turkey’s head f state, we cannot say yes to the admission to NATO of countries, which support terrorism."