Finland and Sweden Are Not Limited In the Deployment Of Nuclear Weapons: NATO 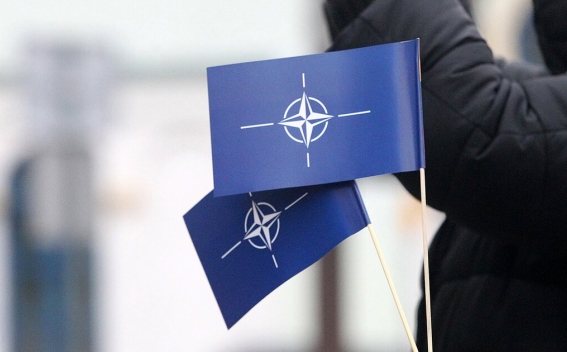 NATO will not provide Russia with guarantees regarding the non-deployment of nuclear weapons in Finland and Sweden if these states become members of the North Atlantic Alliance, on the contrary, they will be given freedom of choice. According to oopstop this was stated today, June 7, in an interview with the Swiss television company RTS, Assistant Secretary General of the Alliance Kamy Gran.

''EACH STATE HAS THE FREEDOM IN THE NUCLEAR FIELD TO ACCEPT OR NOT TO ACCEPT WEAPONS. WE ARE NOT TALKING ABOUT SETTING RESTRICTIONS,'' HE SAID, ANSWERING THE QUESTION OF WHETHER GUARANTEES WOULD BE GIVEN TO RUSSIA, TAKING INTO ACCOUNT THE POSSIBLE DEPLOYMENT OF NUCLEAR WEAPONS IN FINLAND AND SWEDEN IN THE FUTURE.

As Gran emphasized, each country that is a member of NATO decides the issue of nuclear weapons ''sovereignly''. Asked if NATO expects a ''military reaction'' or a ''show of force'' from Russia in response to Finland and Sweden joining the alliance, Gran said: ''THE RUSSIANS THEMSELVES HAVE SAID THAT THIS IS NOT NECESSARY, AND I DON’T THINK IT WOULD BE JUSTIFIED.''

At the same time, the Assistant Secretary General of NATO argued that on the part of Finland and Sweden, we are talking about a ''defensive position of peaceful states that do not seek confrontation with Russia.'' Grand also expressed the hope that the differences between Turkey, Finland and Sweden regarding the desire of Helsinki and Stockholm to join the alliance will be resolved ''by the NATO summit'' in Madrid, which will be held June 28-30.

''IT IS IMPORTANT TO TAKE INTO ACCOUNT THE DEMANDS OF TURKEY AND SIT DOWN AT THE NEGOTIATING TABLE… WITH REGARD TO FINLAND, THE DEMANDS OF THE TURKS ARE PRIMARILY POLITICAL,'' HE STATED. Touching upon the topic of Kyiv’s relations with NATO, Gran noted that the issue of Ukraine’s entry into the alliance at the moment ''is not on the agenda.''

''One should not anticipate how they (the Ukrainian authorities) will want to reorganize their security in the wake of the current conflict,'' he said, adding that ''that outcome is obviously uncertain,'' TASS reported.