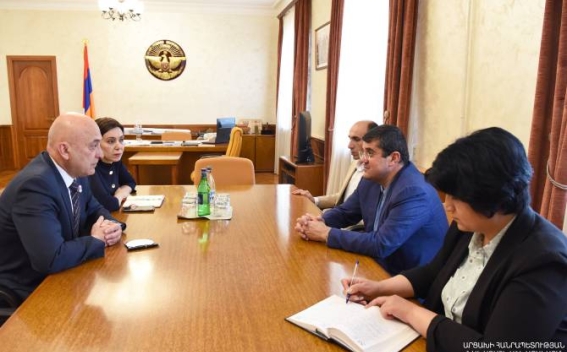 On June 8, President of the Artsakh Republic Arayik Harutyunyan received AGBU Armenia delegation at the head of its President Vazgen Yacoubian.

The process of the projects under implementation in Artsakh and new initiatives were on the agenda of the meeting attended by Minister of State Artak Beglaryan.

President Harutyunyan expressed satisfaction with the long-term cooperation with the organization and noted that the future of Artsakh highly depends on the concept and success of the projects being carried out in Artsakh through both state and charitable channels.