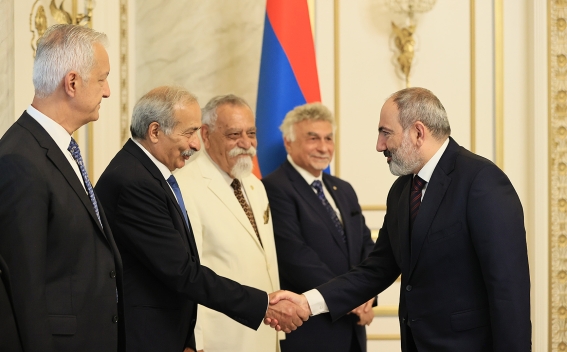 The Prime Minister congratulated on the 100th anniversary of the establishment of the party, highlighting its role in the history of the Armenian people. Nikol Pashinyan expressed hope that the Ramgavar Party will continue its activities in the Diaspora and in the Motherland more vigorously in the near future.

Michael Kharapian noted that the Democratic Liberal Party-Ramgavar reaffirms its support for the Armenian Government for the benefit of the solution of the problems facing the Motherland and progress.

Issues related to the activities of Ramgavar Party and the strengthening of Armenia-Diaspora ties were touched upon during the meeting.