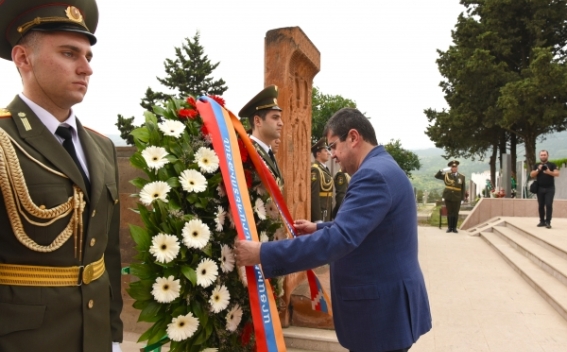 On 29 June, on the occasion of the Day of Perished Soldiers and Missing in Action, Artsakh Republic President Arayik Harutyunyan accompanied by high-ranking state and military officials attended the Stepanakert Memorial Complex, paid tribute and partook in the memorial service dedicated to the Day.
The Head of the State subsequently visited the Military Pantheon and laid flowers to the tombs of the servicemen perished for the defense of the Homeland.