Canada Opens its First Embassy in the South Caucasus in Armenia. Armenian FM Welcomes the Decision 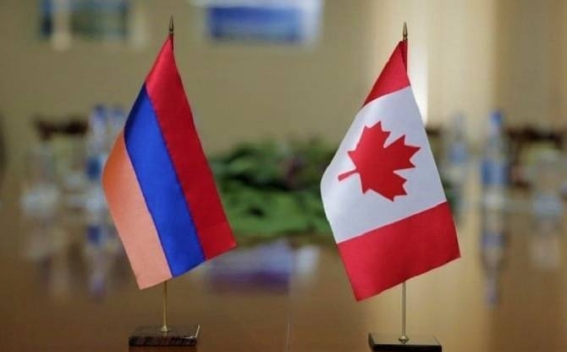 Canada opens its first embassy in the South Caucasus in Armenia, Armenpress reports․

The Minister of Foreign Affairs of Canada Mélanie Joly considers her country's decision as an important guarantee of increasing Canada's support for Armenian democracy.

"This will allow for stronger ties between our countries and increase Canada's support for Armenian democracy. As the rules that ensured stability and security are challenged, Canada will work to protect peace and democracy globally.," the Canadian FM said in a Twitter post.
Armenian FM Ararat Mirzoyan welcomed Canada's decision to have a resident ambassador. " This is yet another milestone in progressively developing Armenian-Canadian relations which will further reinforce our bilateral cooperation based on common values," said Minister Mirzoyan.
Հայերեն На русском