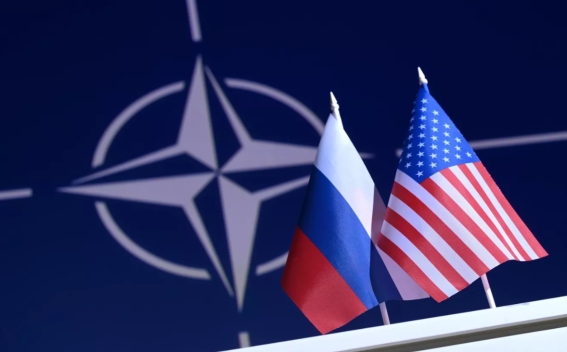 considers Russia the "most significant and direct threat" to its security. Moscow has been excluded from NATO partners, according to the Strategic Concept, adopted during the summit in Madrid, TASS reports.

The bloc also intends to counter China, expand its partnership in the Asia Pacific Region and on the post-Soviet territory, and reinforce its own defense capabilities. The expansion of the bloc was called a "historic success."

Here are the key points of the new Strategic Concept.

Russia as a threat

- NATO recognizes Russia the most significant and direct threat to the alliance’s security.

- The organization no longer wants to view Russia as a partner, but it is ready to maintain communications channel open. NATO also claims it does not seek confrontation with Russia and does not pose a threat to it.

- The relations between NATO and Russia may change, but it depends on Moscow, the alliance believes.

- NATO believes that deepening of partnership between Russia and China violates the alliance’s values and interests.

- According to the alliance, China seeks to undermine the current world order by controlling global logistics and economy.

- The alliance plans to deepen cooperation with its partners in the Indo-Pacific.

Reinforcement of the bloc

- NATO expansion has become a historic success for the alliance, reinforcing it and ensuring "security of millions of European citizens."

- NATO intends to "significantly strengthen" its forces for deterrence of Russia and self-defense. The member states agreed to expand their military budgets above 2% of GDP.

- The alliance views strategic nuclear forces, especially the US ones, as the highest guarantee of its security. The NATO nuclear deterrence strategy also depends on forward deployment of US nuclear weapons and contribution of interested allies.

- The bloc considers external attack on its members possible.

- The bloc will continue reinforcing its partnership ties with Ukraine and Georgia, who seek to join the alliance.

- NATO leaders adopted a program of enhanced support to Ukraine, providing as much military and financial aid to Kiev as necessary.