Power in the Republic of Armenia Belongs to the People: Nikol Pashinyan 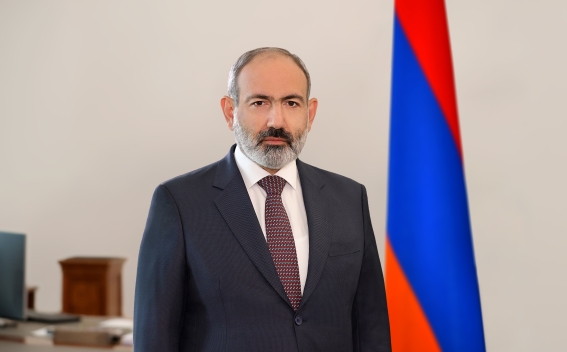 It states as follows, in particular:

Accordingly, the Republic of Armenia is a sovereign, democratic, social, legal state.

Power in the Republic of Armenia belongs to the people. The people exercise their power through free elections, referenda, as well as through state and local self-governing bodies and public officials as provided by the Constitution.

I must proudly record that after the non-violent, velvet, people's revolution of 2018, Armenia is internationally recognized as a democratic state. The goal of giving the power to the people has been achieved, and our greatest task is to turn the democracy of the Republic of Armenia into a lasting factor ensuring the security of the country.

I have to also note that we have a lot of work to do on the way to ensuring the other fundamental constitutional goals and the reforms implemented by our government are aimed at those goals.

On the occasion of the Constitution Day, I would like to emphasize the provisions of Article 3 of the Constitution of the Republic of Armenia, according to which the inalienable dignity of a person is the inseparable basis of his rights and freedoms. I have to say with pain that democracy, freedom of speech and expression of opinion sometimes leads to hate speech, blasphemy, speech that degrades human dignity.

The strong legal system, the independent judicial system, the mechanisms for legality should also become reliable guarantees for the protection of human dignity, without limiting and damaging democratic values, and the solution of this issue is among the priorities of our agenda.

Dear compatriots, you are aware that the Specialized Commission for Constitutional Reforms has been formed and a draft concept of constitutional reforms should be presented by the end of the year.

Considering it obvious that the Constitution needs to be constantly developed and improved, at the same time I must emphasize my belief that Armenia should continue to maintain the parliamentary system of governance, because the events of 2021 proved that this system provides more effective mechanism for crises management, involvment and decisive participation of the people in the political debate.

Once again, I congratulate all of us on the occasion of the Constitution Day of the Republic of Armenia. I want the right, the law to become, if not the only, at least a key and decisive factor in the regulation of our public and civil relations.