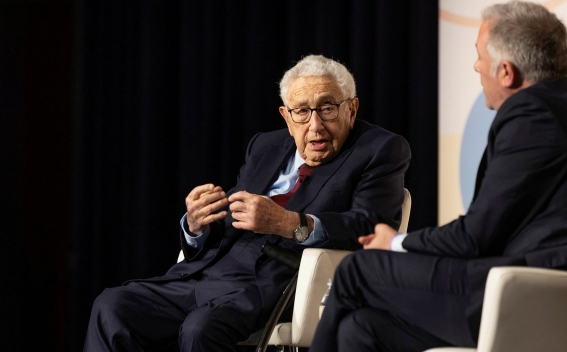 Former US Secretary of State Henry Kissinger said he believes the US and the world need more outstanding political leaders, the USA Today newspaper reported on Tuesday, TASS reports.

The reporter mentioned a new book by Kissinger, Leadership: Six Studies in World Strategy, had come out recently and asked if the former diplomat saw any comparably "transcendent" leaders that the times demand today.

To that Kissinger replied, "No."

Then he said one more word, "Painful."

"In fairness to the current leaders, they haven't had quite the occasion yet, either," he went on in an interview with the newspaper. "But you could argue, and I would argue, that great leaders make the occasion."

Kissinger answered in the affirmative when asked if he worries that the leaders he says the United States and the world need won't "emerge in time." But he predicted new leaders would rise to the challenge, as they have in the past.