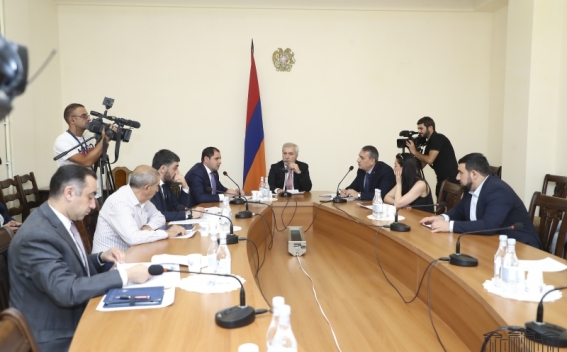 Structural changes in the leadership of the Armed Forces of Armenia are a necessity. Minister of Defense Suren Papikyan stated this at Wednesday’s special meeting of the National Assembly Standing Committee on Defense and Security, NEWS.am reports.

According to him, the respective matter is particularly about endowing the Chief of the General Staff of the Armed Forces with the functions of the First Deputy Minister of Defense.

The defense minister noted that during the last years, two institutions were basically formed within one defense department, which, in his opinion, has violated the effective operation of the defense system in Armenia and created additional bureaucratic problems.

However, in the event of a war, the main political accountability, according to the minister of defense, falls on the shoulders of the defense minister of Armenia.

"And every official must have willpower to fulfill his powers. From this point of view, the changes assumed by the government decide as clearly as possible the scope of accountability of each official," said Papikyan.

Also, he noted that within the defense structures of Armenia one can often come across divisions whose functions are repeated. According to the Minister of Defense, this is simply unacceptable.