Women And Wine: Tunisia May Surprise 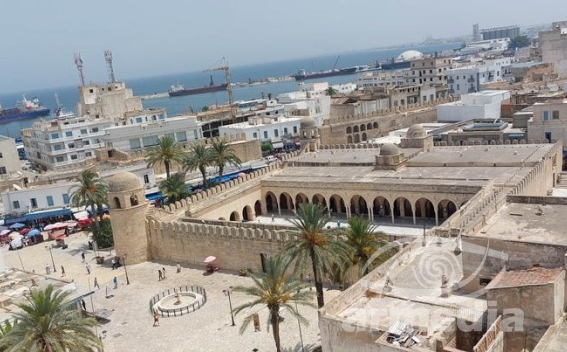 One of the first associations that many people have in connection with Arab and in general  with Islamic countries is the ban on alcohol. However, in Tunisia, both of these stereotypes are being broken very quickly.

Although Tunisia is primarily a Muslim country, there is no law prohibiting alcohol consumption in the country. Moreover, Tunisia has national alcoholic beverages, such as Boukha (40%) made from figs, Cedratine (36-40%) - liqueur made from orange peel and herbs. As for Thibarine (36-40%), which is made from dates and herbs, then it is one of the visiting cards of the country.

Tunisia is also known for its wine production. As the country was a French protectorate, it uses French wine-making traditions. Significant part of the output is marketed locally, the other part is exported to France, Germany, USA, Canada, Belgium.

As for women's rights, it was difficult to find women with a strict Muslim dress code until the Tunisian revolution of 2011. Tunisian women began to wear the niqab (a black headscarf which covers the entire face of a woman apart from the eyes) only after the revolution, when the Islamists came to power. However, even today it is difficult to find women in such clothes while walking along the streets of the country.

As regards the protection of women's rights, Tunisia can be said to be the leader of the Arab world. Progress in this connection was made thanks to the the country's first president Habib Bourguiba. On 13th August 1956, after some months of the proclamation of independence, the Republic of Tunisia promulgated the Code of Personal Status, which ensured equality between women and men in a number of areas. By the way, in Tunisia, Women's Day is celebrated not only on March 8, but also on August 13.

The Code of Personal Status abolished polygamy, enacted a minimum age for marriage, set divorce procedure for women, thus providing equal rights to women and men.  Moreover, women earned the right to vote and were provided equitable access to education. In Tunisia, parents who fail to send their daugthers to school are held accountable, and the opposite, they are being encouraged, including financially, if their daughter achieves educational success.

Subsequently, Tunisia has continuously conducted legislative reforms regarding women's rights and freedoms. Women were given the right to work (on equal terms with men), move without their husbands' permission, open bank accounts, start their own businesses and so on.

At the same time, it should be noted that the protection of women's rights and the establishment of such a liberal legislative framework were not a priority in the newly independent Tunisia; there were no influential feminist movements in the country.

The Code of Personal Status and subsequent reforms by the first president of Tunisia were regarded as the most important way to ensure progress in the country's socio-economic situation, in the public sector, because women and girls represented half of the world's population and for the development of the country competitive personnel was needed.

This policy adopted by Bourguiba was quite effective. In the 1980s, the population growth rate in Tunisia was the lowest in the Arab world, which indicated that women's activities were not limited to their own families alone; they were already involved in various spheres of life. Today, more than half of the students in higher education institutions of the country are women. Tunisia is the first Arab country to have a female prime minister.

It should be noted, that the above mentioned does not mean that there are no problems connected with the women's rights and freedoms in Tunisia. Even today there are several legislative gaps that are gradually being filled.

However, even with those gaps, Tunisia surprises and attracts tourists with its freedom; freedom which is not characteristic of Arab and Islamic countries. The country offers not only a beach holiday, but also a rich culture combining different civilizations.

By the way, "Anriva Tour" travel agency in cooperation with “Novelair” airline helps the citizens of Armenia to discover Tunisia for the second year in a row. If you buy the packages offered by "Anriva-Tour", which are sold by all Armenian travel agencies, it will be possible to get a visa for Tunisia not at the embassy which is in Moscow, but right in the airport and at a much more affordable price, paying only 25 dollars instead of 150 dollars.